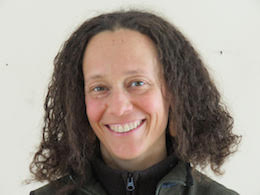 Perfect! We have been working on our bios today. Glad we didn’t miss the window to post before we all begin holiday celebration. Here are our bios and the photos that we have on hand (we can replace those when we get better ones!) With love, gratitude and mutual inspiration!!!

Aviva Luz Argote grew up navigating the streets of New York City making sense of her surroundings through the lens of her bilingual and bicultural family. Her passions center on inspiring professional and personal resilience, modeling authentic leadership, and developing cross-cultural competency.

Aviva has spent the last two decades leading and managing multifaceted organizations in the nonprofit and public sectors. As the Faculty Director for the Institute for Nonprofit Practice and an independent consultant to NGOs and global philanthropies, Aviva draws from her practice creating generative workplace cultures, facilitating group processes, and building relationships among diverse stakeholders. 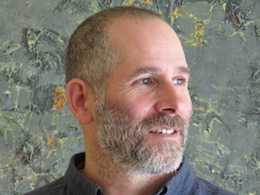 Robert Riman grew up roaming Lake Michigan’s upland ravines and paddling the nearby meandrous tributaries of the Mississippi. Following studies in geology, he fed a period of wanderlust crossing oceans and instructing sailing, sea kayaking, caving and mountaineering expeditions across remote expanses of North America. Subsequent immersion into the world of traditional wooden boatbuilding unexpectedly led him into work with urban youth at the Brooklyn-based East River Apprenticeshop. Graduate work in architecture and sustainable design followed, ushering him into community organizing, relocalization efforts, and a founding role with the Home Energy Efficiency Team (HEET), a Massachusetts-based nonprofit.

Through three decades as a naturalist, guide, educator and facilitator, Rob has been fortunate to share his passions in community through a variety of settings, particularly during his many years of learning alongside inspiring colleagues and skilled mentors at the following schools and nature-based initiatives: National Outdoor Leadership School (NOLS), Outward Bound, Kroka Expeditions, White Pine Programs, Vermont Wilderness School and Massachusetts Audubon Society. Additionally, his rewilding journey plays out most personally through Wildhood and Living Waters, emerging projects rooted in the practices of urban exploration and earth skills.

Current captivations lie at the nexus of landscape narrative, traditional ecological knowledge and regenerative ecoculture. Rob might be found cycling, foraging or sailing in the vicinity of his Cambridge, MA home, cohabitated by his two children and partner, Aviva Luz Argote. 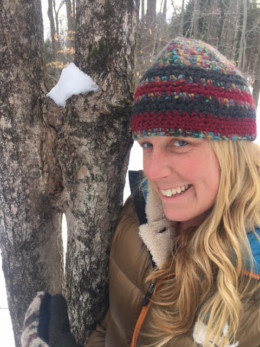 Karen Ganey is the co-founder of Transition 5 Villages, the Upper Valley Apple Corps and the Upper Valley Transformational Action Affinity Group (UVTAAG), local groups working to build a resilient culture by way of supporting renewable food and energy systems, re-skilling, planting fruit and nut trees for free and public picking and leading actions that are transformational in conception and implementation. She has recently founded Permaculture Solutions, LLC where she works to develop ecologically diverse and nutrient dense landscapes for humans and habitat. She has designed forest gardens and garden systems for families, schools, hospitals and communities a like.  Karen also teaches gardening, nutrition and creative arts at Creative Lives After School Program, located at White River School in Hartford VT. There she weaves together connections between inner wellbeing, creativity, restorative ecology, place based community connections, social and environmental justice.

Karen graduated with a self -designed BA titled Social Engagement in Environmental Awareness and Human Rights from Western WA University and is currently working on her Masters in Consciousness Studies and Transpersonal Psychology at Goddard College (Plainfield, VT) and Alef University (UK). Karen completed the Permaculture Design Course (’08), the Master Composter Course (’15) and The Permaculture Teacher Training (’16). She is also a lay herbalist and Reiki Master and enjoys applying earth and energy based healing to her landscape methods. 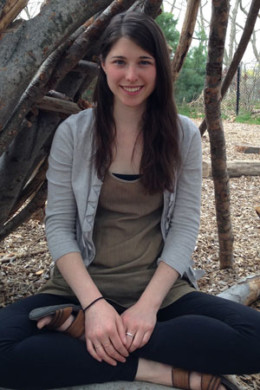 Jaime lived as a resident of Metta Earth for the 2014 growing season. Since leaving Metta Earth, she continues to stay involved, working on development and financial reports for the farm, institute, and community. Jaime also helps with updating website content and integrating organizational processes.

Jaime graduated from Kripalu’s 200 hour yoga teacher training in June 2011. She also has completed a prenatal training with Bec Conant through Om Births and a Yin Yoga training with Joe Barnett. She is a continuing student of Metta Earth Yoga and is studying herbalism to bring into her practice. Jaime’s teaching merges these interests to inspire more conscious, grounded, and holistic habits both on and off the mat.

Before living at Metta Earth, Jaime worked as an Analyst for Croatan Institute, a nonprofit institute for advanced social and environmental research and engagement. She assisted various reports on sustainable finance and investing, as well as helped with bookkeeping and tracking budgets. Jaime also held a joint position between the Sustainable Endowments Institute as a Senior Research Fellow and Tellus Institute as a Research Assistant where she led the research for “College Endowment Investment Trends & Best Practices” and collaborated on various sponsored research projects, including “Institutional Pathways to Fossil-Free Investing.”

As a student at Boston University, she founded the undergraduate chapter of Net Impact at the business school and worked closely with the sustainability office as a liaison to various campus environmental groups. Jaime graduated with a Bachelors of Science in Business Administration with a concentration in Finance and International Management and a minor in Environmental Analysis & Policy. 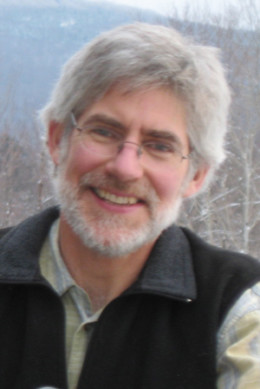 Jim Merkel is the author of Radical Simplicity: Small Footprints on a Finite Earth and directs the Global Living Project that consults with campuses and municipalities and offers workshops and lectures. His recent work helped Dartmouth earn the highest grade given on the Sustainability Report Card issued by the Sustainable Endowments Institute for the two years he led the campus’s sustainability efforts.

Originally a military engineer trained in foreign military sales, the Exxon Valdez disaster and the invasion of Iraq prompted him to devote his life to sustainability and world peace.

Jim founded the Alternative Transportation Task Force in San Luis Obispo, California, and held an elected Sierra Club position while honing urban simple living skills. He lobbied in Washington for wilderness, peace, and Native American rights. In 1994 he received a fellowship to research sustainability in Kerala, India, and walked in the Himalayas. The following year he founded the Global Living Project (GLP) and initiated the GLP Summer Institute where teams of researchers attempted to live on an equitable portion of the biosphere.

With plenty of help from friends, a permaculture home and demonstration site were designed and built. He instigated a Cycling for a Sustainable Future speaking tour that has logged over 17,000 miles and delivered hundreds workshops on sustainable living.

At the top of Jim’s cycling career, he earned three silver medals in the Empire State Games and raced in the Nationals. Cycling continues to be his favored mode of transportation, around town and for adventures — to Mexico, across Canada twice, and through Europe and India. His passions include wild edible plants, wilderness exploration, and making homestead improvements from articles found at the dump. Jim lives in Belfast, Maine. He writes, teaches, consults and lectures when he isn’t growing potatoes.